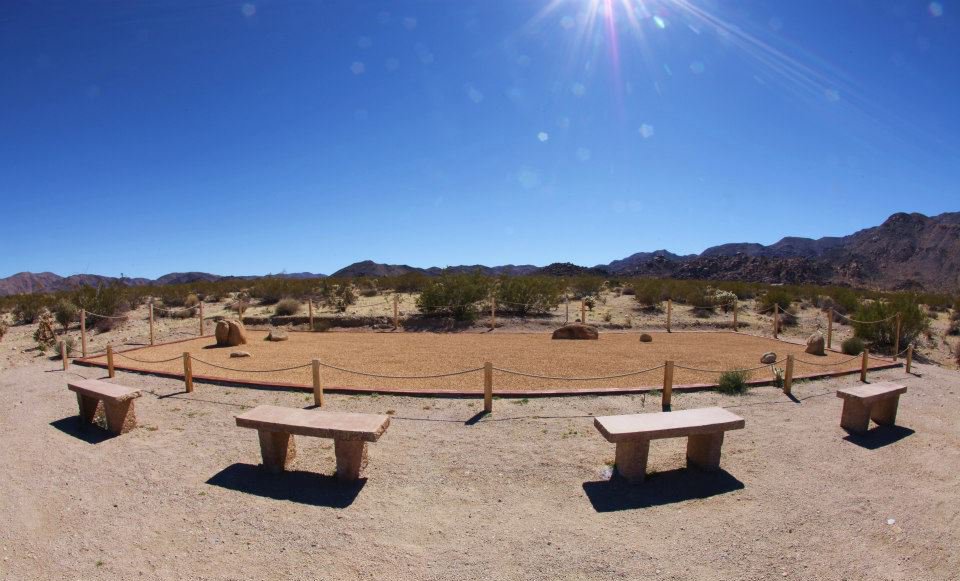 The familiar Japanese garden was modeled after Chinese gardens that historically go back over two thousand years and contain a pond, trees, rocks, and plants: lots of green.

The first mention of a Dry Landscape Garden was found in an 11th century Japanese garden manual which stated  A garden without a stream or pond where one arranges rocks. The oldest Dry Landscape Garden still in existence is found at the Ryoanji Zen Temple in Kyoto and was built around the year 1600. You have probably seen pictures of this garden in magazines. Traditionally these gardens contain grey to black stones with moss at their base and raked white gravel to give the impression of water and Islands. These Islands are where the immortal gods reside according to the ancient Shinto religion. 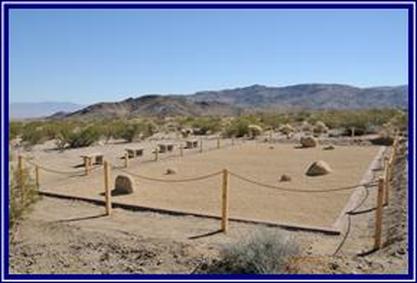 Our design is a little different. The 11th century garden manual also mentions that the garden should resemble a local scene in nature, so instead of black stones we used our local Monzogranite that is so spectacular in the park. Because white gravel would be too severe under our bright desert sun, we are using a light tan gravel called Barstow Gold. This achieves the proper contrast with the stones.

The stones have not been haphazardly placed, as there are many rules to be followed. Stones shall be placed in groups of 2, 3,or 5. The stones in the group and the groups themselves should form an approximate triangle. The total number of stones shall be of an odd number; 5, 7, 9, etc. The master stone, usually the largest stone, is placed near the right or left edge near the centerline of the garden, and dictates the total design. The stones of a group shall be of different sizes, placed at an uneven distance from each other and not in a straight line.

Whatever position the stones were found in nature must be replicated in the garden. A stone found horizontal or upright must be placed in that position and stones must be natural and unaltered. It was believed that the spirit of the stone would be lost if these requirements are not met. Another important aspect of the Japanese garden is what is called a borrowed view, the view beyond the garden. Our borrowed view is magnificent Joshua Tree National Park.

Garden design is taken very seriously by the Japanese and master garden designers are highly respected. A few years ago an international workshop on the concept of Dry Landscape Gardens was presented at the Kyoto Institute of Technology. A lengthy paper was presented that stated, in part, “Traditional concepts in the garden aesthetic remain difficult or even impossible to articulate, perhaps since they are rooted so deeply in phenomenal awareness and intuition.” Another key point that was made: ” ....the visual percept on infinity is achieved with a finite, limited number of rocks.” It has been said that to a Zen Buddhist the stones are not as important as the space between the stones. A Karesansui is basically designed space.

Many visitors find that the Meditation Garden gives them a sense of tranquility and calm. The key may just be the mystery of it all. 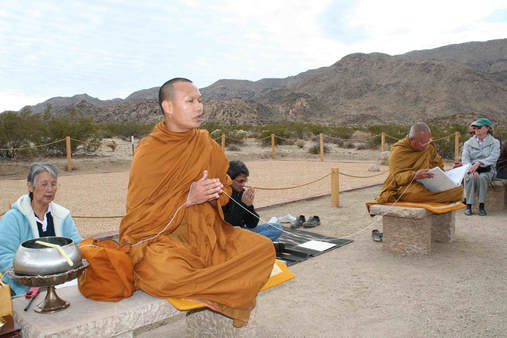 Buddhist monks participated in the dedication of the Meditation Garden in 2013.